I belong to several photo forums and social groups on Facebook and other networks and faced daily with someone asking an always inflammatory question along the lines of “why should photographers in this group/forum be allowed to use photoshop to make their images look much nicer than my ‘true’ photograph that is straight out of the camera?” or the classic “photographers who use software are not real photographers, they are cheating”

There then follows 200-300 comments that fall into several camps:

In most groups these conversations fizzle out into disrespectful slanging matches or just the jokers left to play with themselves. Which is a real shame as there are serious issues, and a lot of education that needs to happen even if it is so-called ‘share only’ as there is a very mixed bag of experience in these beginner/wannabee groups – and the discussions keep coming up all the time, wasting a lot of everyones energy in a rather random discussion that is more ‘wrestling match than school room’.

At one end those who actually have never considered why they shoot jpg, just upload and wonder why their images are not as good as the photographer who spends half an hour tweaking their RAW file to produce something that looks much better. Then we go through to the photographer who spends literally days on one image, tweaking every pixel almost until it is technical perfect.

So earlier today I decided to see if we could at least clarify what Post Processing is on a simple scale. I hoped for a discussion on the topic but it eventually ended up with the usual attention seekers who never read earlier in the thread and decided to destroy the whole thing by turning it into a ‘I am not classifying my photo by your half baked scale’ sort of discussion. But luckily on my blog I can put it out there without trolls ruining the thread. So here we go.

If you shoot RAW as many do because it provides you with the most control over your image, the data on the sensor hasn’t been manipulated, so you need to process it to present any kind of viewable image. To help with this I described in a simple photo montage a few weeks ago, the basic raw to viewable process is simple for me…and I quote myself

Get lots of comments/requests about the processing of my photos that vary from – “great, but unreal HDR” through to “you must spend ages touching up your images”. Actually for 99% of my photos neither is true. The other comment ones see a lot is ‘it is ridiculous to be able to see the shadow detail and bright highlights in one shot – you should leave it natural, as the camera saw it”. It is an old argument, but I prefer to take the ‘as the eye’ saw it approach. When I stand at a sunrise or sunset scene my eye looks at the sun areas and sees detail, when I cast my eye down to the shadow areas, after a fraction of time my eye adjusts and I see shadow detail. This is simply what I try to achieve, what the eye sees in both areas of the image.

The four photo image attached shows a typical 5 minute processing of my style of photo – from one frame, not a mix of shots taken on a tripod (typical HDR workflow). I do not spend hours on an image as I know what I want from the moment I set the shot up. The Sony captures a lot more detail in shadow than most cameras, so this has revolutionized my approach from camera to software.

1 camera – is a raw image exposed for the bright areas (as they are impossible to recover if over exposed). Even with a ‘real’ 3 stop graduated filter on the camera, without any light balancing the foreground is obviously too dark for ‘presenting’.

2 Lightroom – First thing I do is quickly boost the shadow areas and simultaneously drop the highlights. For this image I considered doing a moody dark shot like this, but that didn’t reflect my vision of a more ‘joyous’ canyon of light which I experienced in real life.

3 Lightroom – Here I boost the overall exposure of the image to achieve the foreground level I want.

4 Lightroom – Finally to make the image more balanced I add a virtual graduated filter on the top part of the image to reduce the bright areas.

I always find it strange that people have issues with this very basic style of processing especially as the chemical photographers (including myself in the 90s) did the same thing using burn and dodging techniques (I waved my hands over the photographic paper to block light and allow more through) – over the sky I would move a cardboard strip around the sky areas. The purist photographers will carry on producing work that the ‘sensor’ sees not what the eye, mind or heart sees.

So this is my very basic processing which takes 5 mins max and I use to really just make the raw file viewable. Being able to control the dynamic range in this way is already a long way from an in camera jpg and it became obvious that there are various levels of post-processing, from a photographers point of view vs a technicians.

So is there perhaps a scale, of post processing levels if you like, so that the discussion is not about whether ‘to edit or not to edit’ but more about help me understand the editing process by explaining the increasing complexity. So this is version 0.1 beta..

Photographers will have their own views on this scale and no doubt there are ones missing or to some these may merge into each other. It is a first stab to refer people to when they are perhaps only aware of the ‘concept’ of post production but do not realise there are various ‘degrees’ and it is not a one size fits all area.

Be interested in your constructive comments and happy to take on-board any suggestions to the levels list. 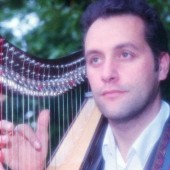